Fanciful marks are devices which have been invented for the sole purpose of functioning as a trademark and have no other meaning than acting as a mark. Fanciful marks are considered to be the strongest type of mark [2] . Approved cases [3] :

for cars and passenger cars.

A suggestive trademark is so named because it suggests a quality or characteristic of goods and services; such a trademark might also be called allusive. However, a suggestive trademark requires a subtle leap in thought, imagination or perception for the consumer to reach a conclusion as to the exact nature of the goods [6] . Approved cases [7] :

A trademark with no distinctive character is prima facie unregistrable. However, these marks may still allowed to be registered if the trademark owner can demonstrate, typically by reference to evidence of use, that consumers in the marketplace exclusively associate the mark, as used on the identified goods or in connection with the identified services, with a particular commercial origin or source (i.e. the trademark owner). "Use" may include authorized use by a licensee or other party. If the trade marks office is satisfied that the evidence demonstrates that a mark has "acquired" distinctive character as a matter of fact, then the mark may be accepted for registration on the basis of acquired distinctiveness [8] . Approved cases [9] :

     "4810," the height of Mont Blanc, the highest mountain in Europe, is not distinctive. However, after the applicant has long used it as a trademark in connection with fountain pens, ball point pens, pencils, felt pens, etc., and used it extensively in the advertising media, such sign has acquired distinctiveness through use.

     "V50" for cars, trucks and all-purpose RV cars gives an impression that it is the model number of the designated goods and is not inherently distinctive. However, after the applicant has long used it, relevant consumers are able to recognize it as a sign identifying the source of certain goods, so it has acquired distinctiveness.

     "Life should be wasted on beautiful things," which is irrelevant to drinks made from tea leaves or tea, coffee, drinks made from coffee, cocoa and drinks made from cocoa, ice cream, etc., was not distinctive. However, after the applicant has long used it as a trademark in connection with aforesaid goods and used it extensively in the advertising media, such sign has acquired distinctiveness.

is an ornamental pattern.   The use of the pattern for department stores, supermarkets, etc., is not inherently distinctive. However, after the applicant has long used it as a trademark in connection with handbags, packaging bags, etc., such sign has acquired distinctiveness. 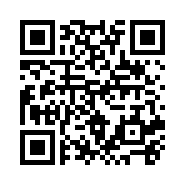