Taiwan Trademark 101 Series, What Should I Do When My Trademark Has a Likelihood of Confusion Problem?

The competent authority found that the application for the trademark registration had a likelihood of confusion existing between the two trademarks by physical examinations and the application should be rejected. Before rendering a disposition of refusal pursuant to the preceding paragraph, a written notice stating grounds for refusal shall be given to the applicant, who may make following observations on the intended refusal within the prescribed period[1].

2. Restriction of the Designated Goods or Services

According to the Article 23 and 38 of the Trademark Act, no amendments shall be made unless such amendment is a restriction of designated goods or services. The restriction of goods may be made by deleting some of the designated goods, by changing a broader range of general goods to specific particular goods, for instance, cosmetics to lipsticks, or by defining the specification to particular goods of interest the applications of the goods, for instance, vaporizers to vaporizers for industrial use[2].

4. Consent from a prior right holder

According to the Subparagraph 10 of Paragraph 1 of Article 30 of the Act, a trademark shall not be registered when there exists a likelihood of confusion on relevant consumers, unless the consent of the proprietor of the registered trademark has been given and is not obviously improper. Under the current Act, a letter of consent from the prior rights holder can waive the citation of conflicting prior rights, except in cases where the trademarks and the goods or services in conflict are identical. The amendment adds a proviso to the effect that such consent shall not waive the citation if there is obvious impropriety[6]. For example, if there are two trademarks belonging to different proprietors which are designated on identical goods or services, the function of these trademarks on indicating correct sources of goods or services will be lost and rights of consumers will be affected. A proprietor of a registered trademark keeping consenting others for concurrent registration after the court suspended the right of disposition of the registered trademark is also obviously improper[7].

[4] Namely, documentation specified in Articles 8 through 11 of the Trademarks Regulations. 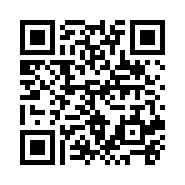