If a trademark didn’t file for registration in Taiwan, it still can be protected by the well-known trademark right from both national laws and international conventions.

Taiwan is a member of WTO. According to the Article 2 of WTO TRIPS agreement, members shall comply with Articles 6[1] of the Paris Convention (1967) which rules that no application shall be filed for registration of a trademark that is identical or similar to another person’s well-known trademark or mark that it is likely to cause public confusion.

3. Factors to Be Considered When Determining Well-known Trademarks

The determination of well-known trademarks should be made on a case-by-case basis and by taking into consideration. According to the Examination Guidelines for the Protection of Well-known Trademarks[5], the following factors shall be considered as a whole:

(1)   The strength of the distinctiveness of the trademark.

(2) The extent to which the relevant enterprises or consumers know or recognize the trademark.

(3)    The duration, scope, and geographical area of use of the trademark.

(4)   The duration, scope, and geographical area of promotion of the trademark.

(6)   Any record of successful enforcement of trademark rights, especially the fact that the trademark has been recognized as a well-known one by an administrative or judicial authority.

(8)   Other factors that could be considered in determining whether a trademark is well-known.

(1) The countries of the Union undertake, ex officio if their legislation so permits, or at the request of an interested party, to refuse or to cancel the registration, and to prohibit the use, of a trademark which constitutes a reproduction, an imitation, or a translation, liable to create confusion, of a mark considered by the competent authority of the country of registration or use to be well known in that country as being already the mark of a person entitled to the benefits of this Convention and used for identical or similar goods. These provisions shall also apply when the essential part of the mark constitutes a reproduction of any such well–known mark or an imitation liable to create confusion therewith.

(2) A period of at least five years from the date of registration shall be allowed for requesting the cancellation of such a mark. The countries of the Union may provide for a period within which the prohibition of use must be requested.

(3) No time limit shall be fixed for requesting the cancellation or the prohibition of the use of marks registered or used in bad faith.

[2] Joint Recommendation Concerning Provisions on the Protection of Well-Known Marks at the Thirty-Fourth Series of Meetings of the Assemblies of the Member States of WIPO September 20 to 29, 1999

(b) Irrespective of the goods and/or services for which a mark is used, is the subject of an application for registration, or is registered, that mark shall be deemed to be in conflict with a well-known mark where the mark, or an essential part thereof, constitutes a reproduction, an imitation, a translation, or a transliteration of the well-known mark, and where at least one of the following conditions is fulfilled:

(i) the use of that mark would indicate a connection between the goods and/or services for which the mark is used, is the subject of an application for registration, or is registered, and the owner of the well-known mark, and would be likely to damage his interests;

(ii) the use of that mark is likely to impair or dilute in an unfair manner the distinctive character of the well-known mark;

(iii) the use of that mark would take unfair advantage of the distinctive character of the well-known mark. 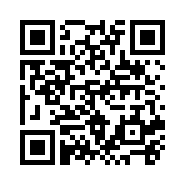