A proposal of unified Patent Court in the Europe has long time to go. Nevertheless, the idea has received intense criticism from academics and practitioners. The primary reason for the criticism is that the feasibility and acceptability are in question. On March 8, 2011, The Court of Justice of the European Union (CJEU) issued an opinion stating that a draft agreement on the European and Community Patents Court is incompatible with the Treaty establishing the European Community. This is primarily for the reasons that the so-called unified patent court would deprive national courts and tribunals of certain jurisdictions and thus disrupt the European Union legal order. It is because that Article 15 of the draft version grants the unified Patent Court ‘exclusive jurisdiction’ in respect of certain aspects. However, some of these involve domestic affairs, which the national courts and tribunals shall have the power to decide on.

Other opinions, however, exist. Despite not being adopted by CJEU as the majority opinion, there are still 12 States maintaining that the said agreement is compatible with the Treaty establishing the European Community. They held that Article 257 and Article 262 of Treaty on the Functioning of the European Union do not preclude the possibility of the unified court system or limit the choice of the relevant judicial framework.

As the issue develops, proposals are brought forward. A number of States have backed the idea as well as the Legal Affairs Committee of the European Parliament does, so we are able to say that, yes, the establishment of the unified Patent Court can be expected. 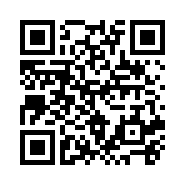